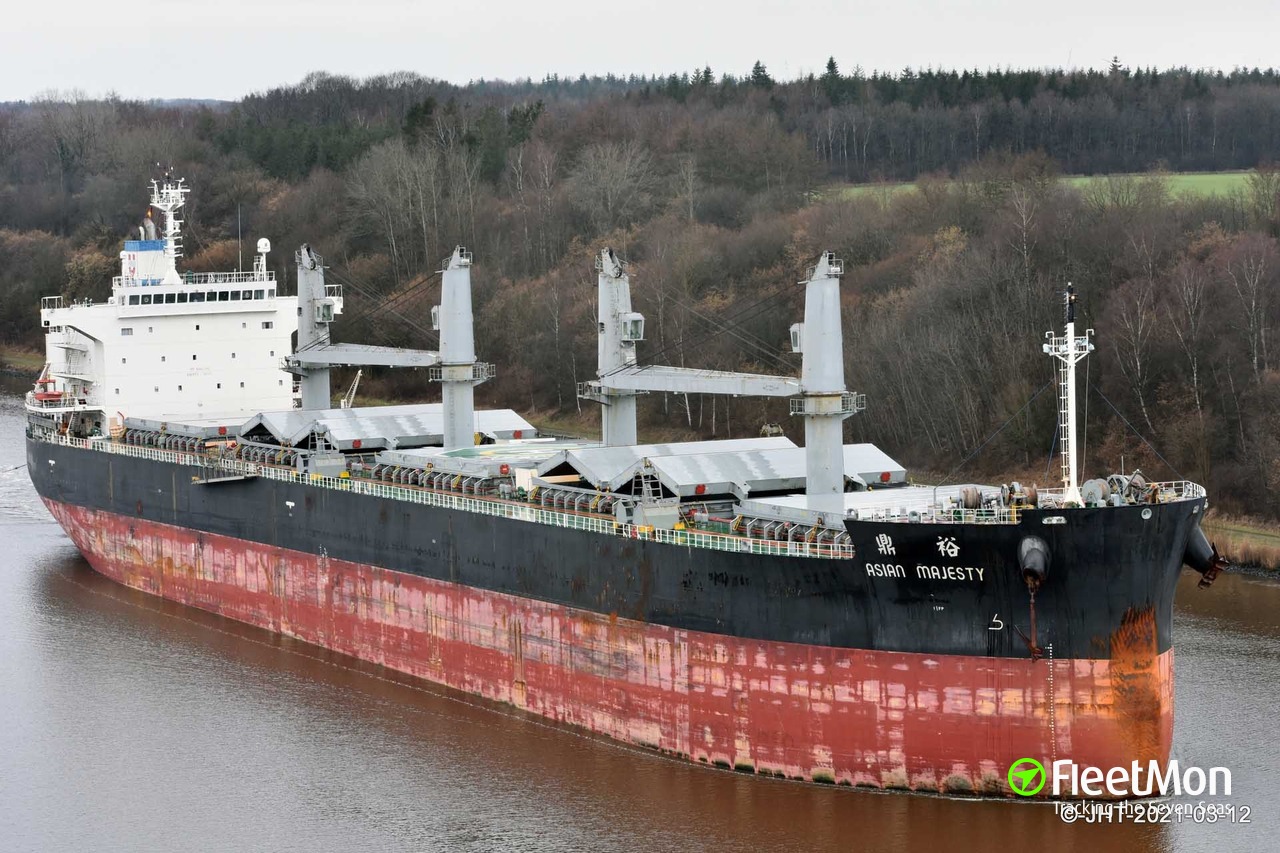 Bulk carrier ASIAN MAJESTY arrived at Riga Latvia from S-Petersburg Russia, on Mar 3, with 55000 tons of potassium chloride on board, to be topped off with the rest of the lot. Cargo belongs to Mauritius-registered company “United Fertilizers Company Limited”, owned by Russian oligarch Dmitriy Mazepin. Mazepin and all his assets were sanctioned shortly after Russia invaded Ukraine. The ship was detained in Riga port and since March, remains at Riga Anchorage. The ship herself, and cargo of some $17 mil value, are not subjects to sanctions, but owner of the cargo is sanctioned, so Latvian Customs, in accordance with sanctions regulations, had to detain ASIAN MAJESTY.
The crew essentially, doesn’t encounter negative consequences like lack of supplies, because the ship and the crew aren’t abandoned. The problem lies with cargo – Latvian Authorities together with other interested parties, still can’t work out a solution which will satisfy all involved and won’t violate sanctions, with that. 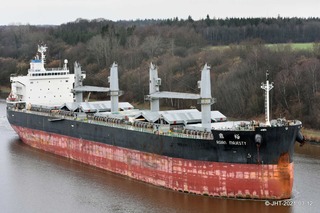