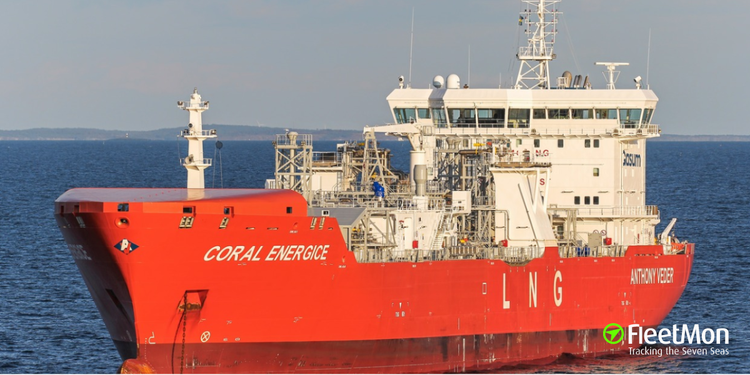 Protestors from Greenpeace blocked the LNG carrier Coral Energice from unloading LNG at the Port of Röyttä in Finland. On September 17th, the arrival of Coral Energice was delayed for 24 hours by Greenpeace activists. The protest was an attempt to draw attention to ongoing LNG imports from Russia’s Vysotsk LNG Project.

The Greenpeace protestors were awaiting the arrival of the vessel aboard Kayaks. Some protestors had also climbed the loading arms and paddlers at the regasification terminal to prevent Coral Energice from mooring. Greenpeace has been demanding an immediate halt of all fossil fuel imports from Russia and has organized many protests to prompt Nordic governments into action.

Finland already has a very limited amount of gas imports coming from Russia after the EU issued trade sanctions against Russia. In May, the gas supply pipeline from Russia to Finland, operated by Russian state gas company, Gazprom was shut down. The supply was halted after Russia demanded the payment for gas in Rubles and Finland refused to comply. Finnish refiners have also started avoiding Russian gas due to fears of further EU sanctions on Russia and its effects spilling over to them.

However gas shipments from Gazprom Terminal in Vysotsk to Finnish state gas company, Gasum have continued. There is a take or pay clause in Gasum’s contract in place with Gazprom. This means that even if Gasum was to stop importing gas from Russia, they still would have to pay for it and the unreceived shipment could be sold a second time by Russia. But Greenpeace counters that if the Finnish government were to place a ban on Russian gas, it would override the contract and resolve the problem of payment.