Hurtigruten Norway’s Vessel, “Richard With” Makes a Comeback as a Hybrid Vessel 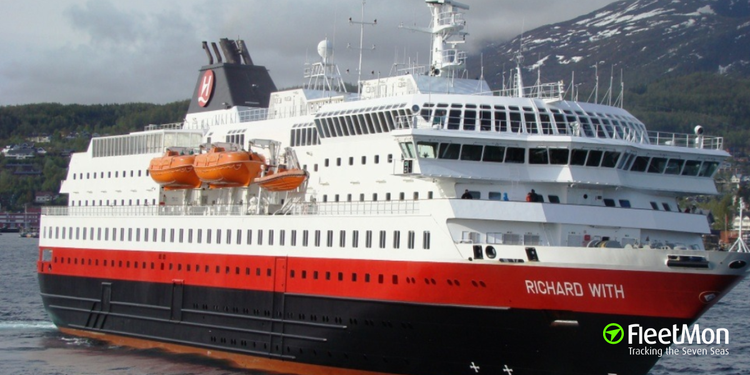 Richard With in FleetMon Explorer

Richard With in FleetMon Explorer

Hurtigruten Norway has returned one of its vessels, the “Richard With” to service after getting it upgraded into a battery-hybrid powered ship. The 11,200 gross ton vessel is the first in the company’s Coastal Service class to be upgraded in anticipation of Norway’s environmental regulations becoming progressively stringent.

Hedda Felin, CEO of Hurtigruten Norway, has stated that with the upgraded vessel, the passengers will be able to sail on the Norwegian coast on a quieter, state-of-the-art, and environmentally friendly ship. She also stated that all 7 of their Coastal Express ships will be upgraded to be more sustainable by the end of next year.

The conversion of "Richard With" took around six months and was performed at the Myklebust yard in Northwestern Norway. The vessel was converted into a hybrid ship with two large battery packs of 1,120 kWh each. New and more efficient engines were installed to reduce CO2 emissions and increase safety. New switchboard and power management systems were also installed to shave off any extra energy usage throughout the ship.

The vessel was fitted with a new bulbous bow, new propeller blades, new gears, and a new retractable azimuth thruster. The hull was optimized to reduce drag and the boilers were fitted to improve heat recovery from the main engine. A wastewater treatment plant as well as an SCR system that cuts NOX emissions by 80% were also installed.

Hurtigruten Norway has stated that it will invest $100 million in environmental upgrades that will be implemented on its ships by early 2024. Hurtigruten Norway’s Coastal Express ships will be IMO Tier III compliant after conversions. Hurtigruten has also committed to using certified biofuels to reduce CO2 emissions. 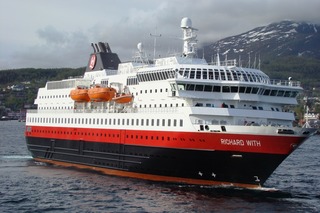