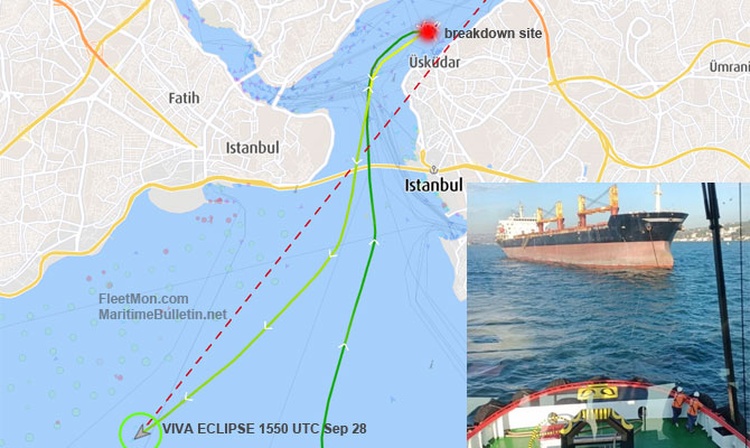 Bulk carrier VIVA ECLIPSE suffered rudder failure at around 1330 UTC Sep 28 in southern Bosphorus shortly after she entered the Strait for a north bound transit, en route to Tuapse Russia. The ship dropped anchor, but not for long – she was taken on tow by tugs and started moving back to Marmara sea at around 1400 UTC, thus interrupting her transit. She was moving under tow as of 1550 UTC, destination most probably, Zeytinburnu anchorage, Istanbul, Marmara sea. If traffic in the Strait was suspended, suspension lasted for a short time, an hour maybe.