$850 Million Investment Into the Port of Boston Starts Paying Dividends 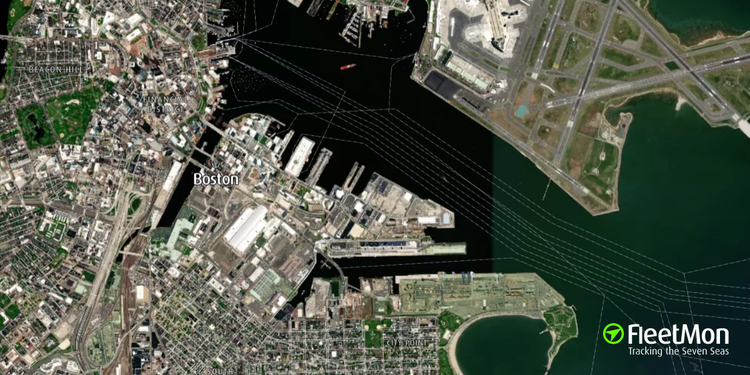 Port of Boston in FleetMon Explorer

Port of Boston in FleetMon Explorer

A year ago, a commitment of $ 850 million was made for the upgradation of the Boston port to increase the port's throughput. The Massachusetts Port Authority stated that the dredging of the Boston Harbor, the expansion of the port’s primary freight terminal, and other upgrades which were funded by the investment, have already started benefiting the port.

Many of these upgrades were targeted at the Conley Container Terminal, which is the primary terminal in the port of Boston. Before the upgrades, the Conley container terminal offered two services that served only 7 major global ports. The terminal now offers 5 services and direct connectivity to China, Southeast Asia, the Mediterranean, Latin America, and the Middle East. A sixth service is scheduled to start in October 2022. With all 6 services, the port will offer connectivity to 25 other ports.

One of the main objectives of the upgradation program was to make the port more accessible for larger ships, such as those of the Post-Panamax class. For the same, the main ship channel and the reserved channel were deepened to 47 feet and the outer harbor was deepened to 51 feet. The turning basin was also expanded to meet the requirements of larger ships that typically have a larger turning radius. A new 50-foot-deep berth, complete with three ship-to-shore cranes has also been created and the berth can now cater to vessels carrying up to 14,000 TEUs.

On the shoreside, a dedicated truck route has been developed so that the trucks would now have direct access to highways. New Rubber Tire Gantry Cranes, refrigerated container tracks, and expanded container storage are also among the new improvements brought forth by this plan.

The port officials believe that these new upgrades will help the port increase its throughput and push the port to become the leading port in the Northeastern United States. The port currently has a 45% share of the regional market of outbound and inbound cargo. Boston Port officials expect this number to go over 50% after the upgrades are complete.